I don’t remember when I first discovered emulators, but I remember thinking they were absolutely amazing. All of a sudden, I could play games from old systems I knew I would never own, replay games I had owned but lost, etc. I didn’t think much of them past what games I could play until I started getting more into serious about coding and realized that there must be some magic going on underneath the hood that’s making these things work. I tried imagining how they might work, but to no avail; they remained a black box. Because of that, I made it a goal of mine to write my own emulator one day, and as it turns out, dreams do come true.

Here, I want to talk a little bit about how emulators work 1, and about how they’re not magic after all. The basic idea behind emulators is surprisingly straightforward. They’re very aptly named in that they do exactly what they say; they emulate. An emulator works by reproducing in software the same functionality provided by the hardware. Then, when you feed that software the same input as you would the hardware, it does the same things, and you have a working game system right on your computer.

So the basic idea is to convert hardware into software, but what does that actually mean? I don’t really know a good single answer to that quation. Instead, it depends on the level of granularity you use. You could imagine you wanted to emulate a simple four-function calculator. 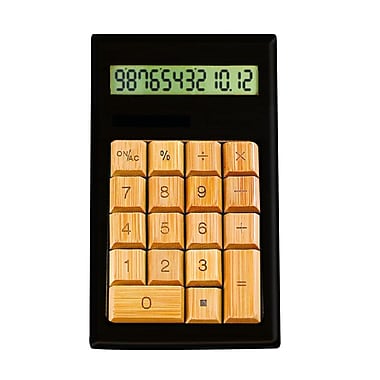 One way to do this would be to take a higher level approach where you let users type the corresponding keys on their keyboard, and implement the logic with a single switch statement. The workhorse of your code might look something like this2

At this point, this doesn’t feel much like an emulator, but it’s doing the same thing the calculator does so I’d call it one. If you wanted a lower level, more granular approach, you might end up writing something like this to simulate to underlying logic circuits used by the calculator

In this example, thinking as low as this is overkill, but that’s not always the case. You will end up writing code that looks more like this than the dictionary lookup above, but you have to be careful not to think too granularly. I remember when I first heard this idea of emulators being software ports of hardware, I immediately starting imagining how to go about making classes for things as low level as the system bus and logic gates, and how to piece these together to get a working emulator. Sure, you could do something like that and make things work, but you don’t have to stay that faithful to the hardware. Now that we have the general idea covered, let’s dive into a working example

One of the simplest systems you can emulate that is still non-trivial is the Chip-8. Hence, for the purpose of this blog, I wrote a sample Chip-8 emulator to use as a reference. Before getting into the details, I should preface things by saying that this emulator is flawed in many ways. Aside from not being very user friendly, and possibly slow, it’s main issue is that it was written in Haskell. I chose Haskell because I wanted to learn the language, and this seemed like a decently sized project for that, but given that Haskell is functional and so tries to avoid things like state and sequential logic, it’s not the ideal language for an emulator3. Also, Haskell isn’t super popular, and doesn’t have to most readable syntax to someone who doesn’t know it. That being said, let’s get started.

With emulators, I like to think of the project as writing a CPU. Every other part of the machine is just a peripheral to help make sure the CPU is working properly. This mindset, while not always accurate, helps me focus my efforts and gives me a starting point from where to branch off other parts of the project. So we need to build a Chip-8 CPU. To start with that, we better make sure we have everything that the CPU needs to interact with so we can implement all its instructions. A quick Google search reveals that Wikipedia has all the information we’ll need on one page, so we can go there to see the various registers and whatnot that make up our system. I chose to emulate each component like so

Once you have this framework for the pieces of the emulator in place, you can start making it do stuff 5. In practice, this means implementing cpu instructions. Things like adding registers together or loading a value from memory into a register and stuff like that. The majority of instructions are fairly simple. Unfortunately, there are usually a lot of them which makes it easy to make mistakes, and boring to implement. Because of that, I like to only write a few at a time. I’ll implement a couple, run the code and have it throw an error whenever it comes across an instruction it doesn’t know; then I’ll implement that instruction, rinse, wash, and repeat. This cycle makes sure you’re always making progress towards a working product, and let’s you catch other bugs early on.

One common bug is messing up the initial state of the system. This will manifest itself in your emulator trying to execute the opcode for an instruction that doesn’t exist. I ran into that issue here when I first tried implementing game loading. I had memory laid out like

where is the font data 6, is the game data, and is the beginning of memory after all game data.

This is wrong for two reasons. First of all, the Chip-8 begins executing instructions from memory address so that’s where game data should begin. Secondly, the unused locations ( and beyond) should be populated with all ’s. I caught this bug because earlier versions of the emulator would try to execute a non-existent instruction. If I had implemented all instructions before testing and only seen the issue then, I would have assumed the issue was with an incorrectly implemented instruction and not been able to fix things as quickly.

The correct memory layout is

where takes the role of .

For actually implementing instructions, you need some kind of mapping from opcodes to the execution of the instruction itself. One way of doing this that works fairly well is to just use a switch statement like in the calculator emulator we started with. The nice thing about this is that, if done right 7, it’s simple, efficient 8, and works. However, it can also be a pain to maintain a giant switch statement, so you might want something more sophisticated. One thing you can do is use a struct to hold basic information about instructions. This can replace stop you from having to search through a massive and/or deeply nested switch statement when things go wrong.

Aside on Switch Statements

This section is pretty unrelated to the rest of the post, but is something interesting I wanted to talk about. I mentioned in a footnote that switch statements can be faster than a series of if and else if’s. This may seem counterintuitive because the two appear to be doing functionaly equivalent things, and the obvious way to implement a switch statement is with if and else if. Take a look at this code

A priori these two functions should be carried out the same way, but the difference is that using a switch statement means you are comparing ints to decide what to do whereas an if statement could rely on any condition. This may not seem like much, but in practice it means that use_switch can be implemented with an array of function pointers instead of a series of ifs. Perhaps more clearly, it could expand to something like this9

Notice that this only makes use of a single condition but is functionally equivalent to the switch statement. As the number of cases in the switch grows, you still only need to check a single condition whereas you’d (potentially) need to check all of them with if statements. Hence, you could think of the improvement of switch over if as being versus , but things aren’t this simple in practice.

Seeing Stuff + More than a CPU

Back to emulators… Ultimately, you want your emulator to do more than execute instructions. Specifically, from most to least important, you want it to display things, get user input, and produce sound. Displaying things can be tricky. Representing the state of the screen internally in the emulator and showing it to a user are two very different things. The best way to handle this that I’ve found is to convert the screen state into a texture. You can draw a single rectangle that covers your entire window and then give it the texture made from data from your emulator. I don’t do this in curly-succotash because I could not figure out how to do textures with Gloss, and it seemed like overkill for what was supposed to be a simple project, but here’s a place where I do do this. Getting to the point that your emulator displays anything intelligible is a major step; displaying things correctly can be one of the harder parts to get right. As an example, look at the relative complexity of the draw_sprite function compared to any other instruction in Chip-8. User input is usually much more tame; the details of implementing it vary depending on what system you’re emulating so I don’t have any specific, general advice. Finally, I have not yet figured out a good way to do sound.

With Chip-8, that’s basically all there is to it. Once you’ve implemented CPU instructions, the user can press buttons, and it beeps, you’re done. You can have a functioning emulator in only a few hundred lines of code, and no magic. If you tackle a larger system, then there’s more to do. You might have an actual GPU separate from the CPU, have more complicated timers or interrupts, different kinds of memory storage schemes, etc. However, in the end, it’s all the same thing: you’re just trying to get familiar enough with a system to be able to translate what it does into code.

Something you don’t want to do with an emulator is render the screen by manually drawing the individual pixels. This is needlessly slow and (potentially) pixelated when you could get better, faster results by just using a single rectangle + a texture. An example of what not to do would be

Comments can be very helpful. Naturally, with an emulator, there will be things you have to do because of some specific requirement or implementation detail of the system you’re recreating. It’s really easy to forget these details later on, so it helps to remind yourself of them as you move forward. Along the same line, it’s good to have named constants. It may be hard to remember what 0xFF44 is, but its easy to remember what SCANLINE_ADDRESS is.

Finally, remember not to take things too literally because that can complicate how you do stuff. When you see an instruction or component you need to implement, focus more on replicating its behavior than its hardware implementation or the wording used to describe it. An example of this is instruction which in the Chip-8 is the instruction to wait until a key is pressed, and then store that key in register . It’s easy to think of doing this with a while loop or something like that, but that blocks all other parts of your code from running (something more complicated than Chip-8 could have parts that run independently from the CPU) and is needlessly complicated. Instead, you can implement this waiting behaviour with something a little more clever10